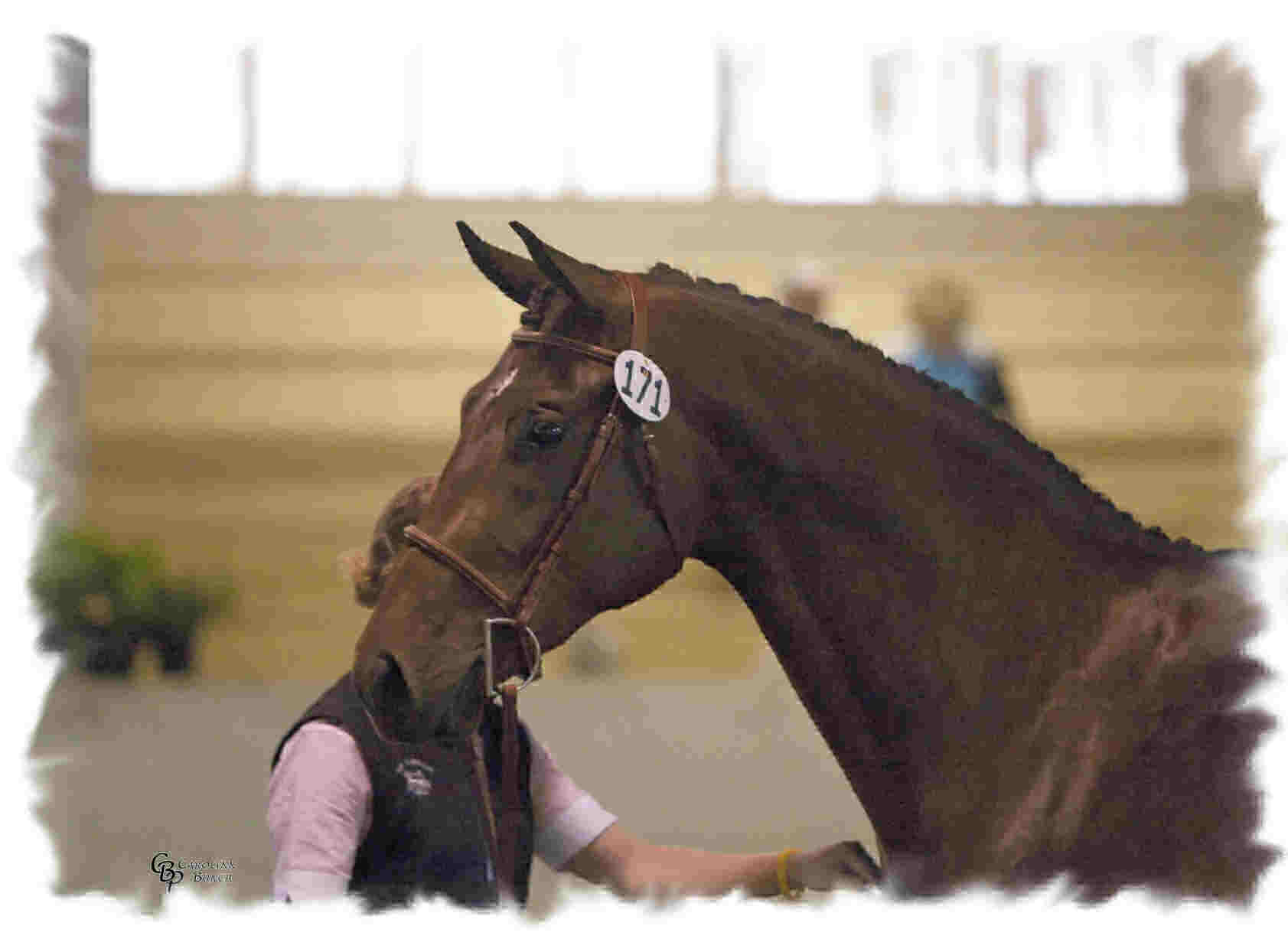 Click on links for 2009 show video clips by JC-Video.com

from the tall and elegant Thoroughbred mare Worldly Remarque

and sired by the outstanding young RID stallion Braveheart

This beautiful dark bay colt is the second foal of his dam, Worldly Remarque, and we could not be more pleased with what this fine young mare has again produced. "Wampum" as he's known at home, is a sterling example of what is possible in crossing the best of the Thoroughbred to the best of the Irish Draught - a superior athlete with beauty, bone and a wonderful mind and kind outlook.

This colt has fantastic movement and athleticism, and should mature near 17 hands. In August of 2011, he's slightly over 16:3 and measures at just over 9.25 inches cannon circumference with a terrific quality of hoof.

At the NWSHBA Breeders Classic of 2008, Wampum was also second in DSHB Part -TB, and fifth overall on open DSHB yearling colts and geldings

(not too bad for a colt who had his first bath, trailer ride, braiding, bridle, hood and sheet in one week!)